In 1977, Jack Fraser, a very enthusiastic local curler, was inspired to form Fossoway Curling Club as the Green Hotel Curling Rink prepared to open in nearby Kinross. Prior to this, Kinross-shire curlers had to travel to ice rinks in Perth, Kirkcaldy, and Falkirk for games: Although for someone as dedicated as Jack, this was no issue - according to fellow founding member, Jimmy Johnston, he was known to have played in all 3 rinks in one day!

Our first committee meeting was held on 24th April 1977, and the first season had a remarkable 48 playing members: These were a strong mix of new and existing curlers (primarily from Kinross, Dunfermline, and Tillicoultry curling clubs). Games were played in both Kinross and Kirkcaldy ice rinks, where we were perfectly capable of holding our own against anyone. Indeed, we won the Kirkcaldy Inter-province League 7 times in our first 20 years, as well as triumphing in the Green Hotel League (now known as the Kinross Curling Trust League) and Bank of Scotland Double Rink Knockout, while several members have even played on the international stage!

Today the club plays occasional Lomond League fixtures in Perth, while all internal club fixtures are played at the Green Hotel Curling Rink (now known as ﻿Kinross Curling﻿, after being taken-over by Kinross Curling Trust in 2013 and undergoing a million-pound refurbishment in 2014).

We have roughly 25 members:
Some play every week, others play only as an occasional substitute.
Some have played most of their lives, others are very new to the sport.
Some live in Fossoway, some travel from as far as Edinburgh and Dundee to play with us.
Some play purely for fun, others play competitively.
However we are all united by a love for this traditional winter sport.

If you are interested in playing (or just trying) curling, regardless of your experience, skills, or availability, we would be delighted to welcome you. We have membership options to suit all lifestyles, as well as discounts for juniors.

For more information, or if you have any other enquires, please contact our club secretary, Alan Paterson, by e-mailing: FossowaySecretary@yahoo.co.uk
​ 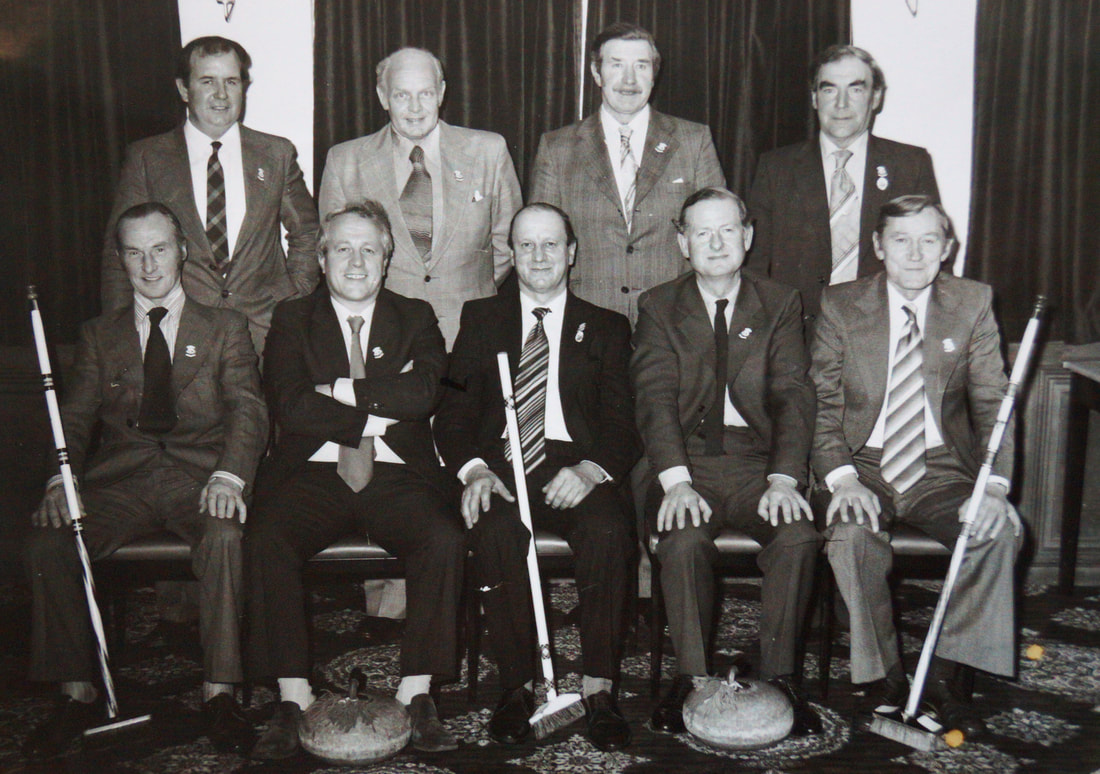 Historically, like most clubs in the area, Fossoway Curling Club ran as being for men-only, with Fossoway Ladies Curling Club being founded several years after us, in 1980.
However on Tuesday 10 April 2018, following an earlier proposal by President Andy Macpherson, members voted at their Annual General Meeting to approve plans for membership to become open to everyone.
From now on, we shall welcome everyone to enjoy this great sport with us. We play in a public facility, so there is no reason to segregate men and women, and with families making up a large part of the local population, this change will hopefully encourage them to take part.